Navratri is a Hindu festival and an auspicious time to begin new things, works, jobs etc. This is the time when we devote ourselves to Durga Maa. Its called NAVratri as NAV denotes the NINE and Ratri means Night. Also, Nine represents nine forms of Mata Rani. It comes twice in a year and quite many devotees are on fast for all nine days. Fasting in these days helps connect to God and in the process of detoxification as well. Eating fruit-based food only and no wheat and Rice are permissible in Navratri Vrath (Fast). So much so the salt used is Sendha Namak. Its no sodium salt and helps in controlling the BP levels. Use of Fresh fruits, Sabudana (Sago), Makhane (Foxnut), Curd, Samvat Rice , Singhara (Water Chestnut Flour) Atta , Kuttu (Buckwheat Flour) Atta can be used to make various delicacies. Samvat or Samak is full of fibre, magnesium and iron and is energy-rich food. As its gluten-free, Grain-free food, its a great choice for people who have gluten allergies and a healthy yet light meal for people on weight-loss plan. These fiber rich foods help control diabetes. A 100 gm serving of Samvat Pulao is around 180 calories.

Yesterday I was on Navratri fast as I keep first and last fasts. Also, in Shivratri fast, I have similar food as of Navratri. I start my day with tea and then Bananas are my best friend to keep me energetic. The recipe is simple and tasty too. I learnt to make it from my mother-in-law an when I first had it, she made it first time too. But I must say, it was the best Samvat Pulao I ever had..Mine is not even close though tasty as my family has always appreciated it. Sharing the tested recipe with you makes me feel great. We eat potatoes, green chillies, peanuts, Tomatoes, Sitaphal (Pumpkin) in this fast.. You may add or change the ingredients as per your preferences. I always make the Vrath food in desi ghee as I offer it to Mata Rani for Bhog and then it becomes a prasad for us.

I enjoyed the delicious Samvat Pulao flavoured with peanuts and green chillies.

Which one is your special flavoring ingredient? Do share your experience with me. 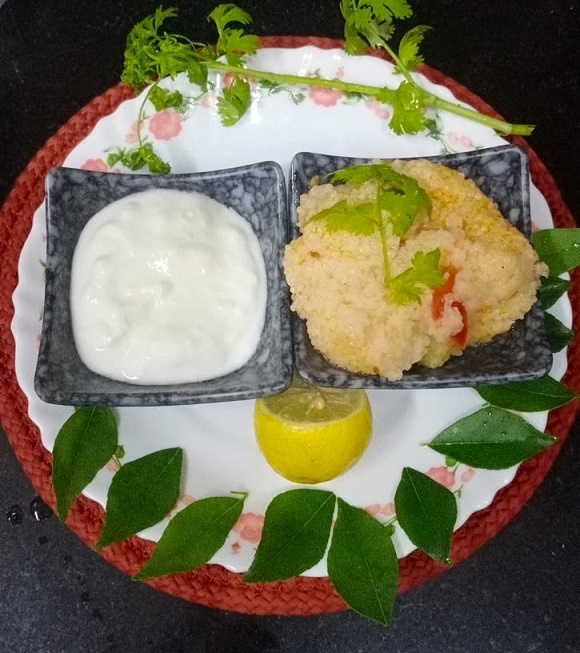